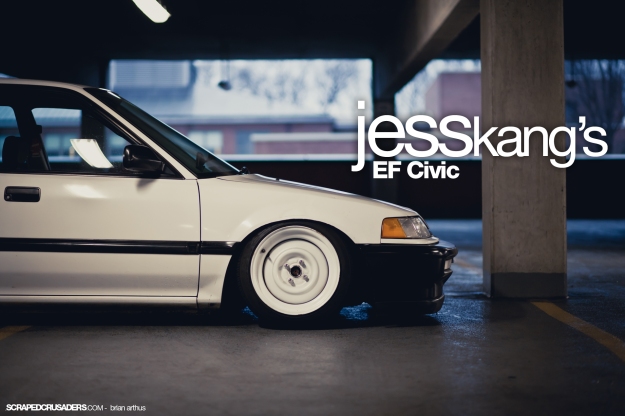 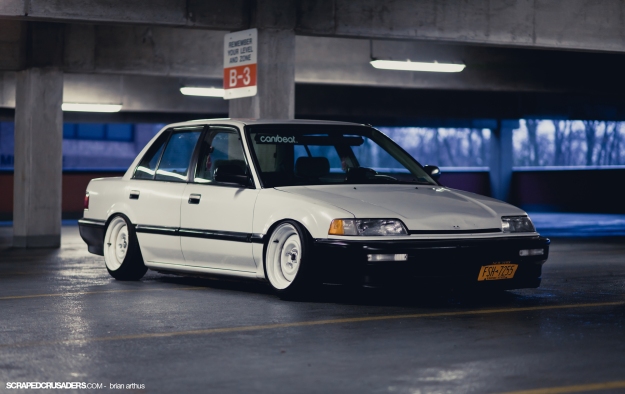 Older stanced cars are my favourite.  Whats better than showing an older chassis some love.  No need to scrap them.  They may not have the same part support as newer cars but they make up for it in character.  Jess Kang’s EF is one such example.  The parts list isn’t extensive.  The final product that she was able to create, is certainly noteworthy.  People say you can stance any old car and get internet points.  Not true, your mods still have to come together in one cohesive body.  If you have to mangle your fenders just to fit those RSs you bought.  THAT isn’t cool.  If you leave the small nicks and dents your 20+ year old car have inevitably accumulated, that’s just personality. 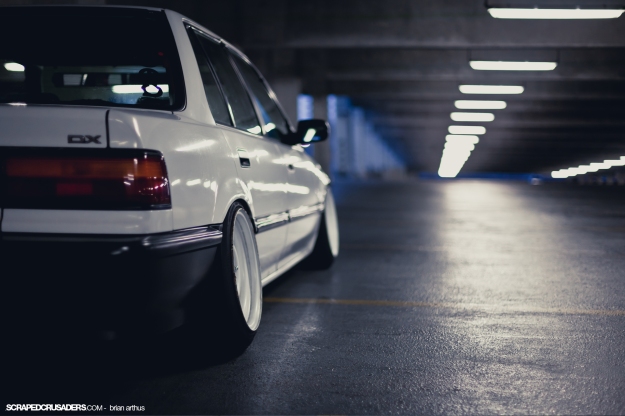 While Jess is an accomplished photographer she asked Jon Schusteritsch and Ivy League East’s Brian Arthus to take over the camera duties.  I’ve found a lot of photographers are hesitant to shoot their own cars. 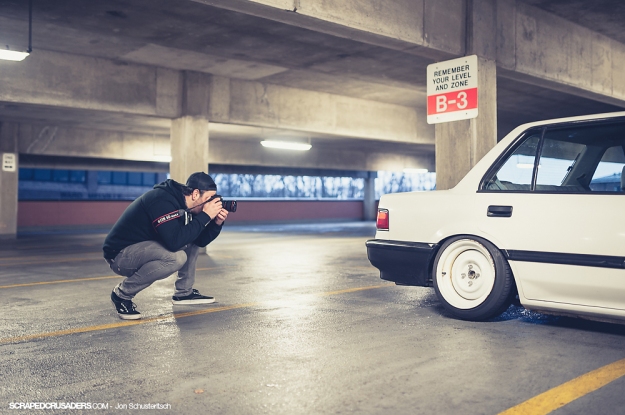 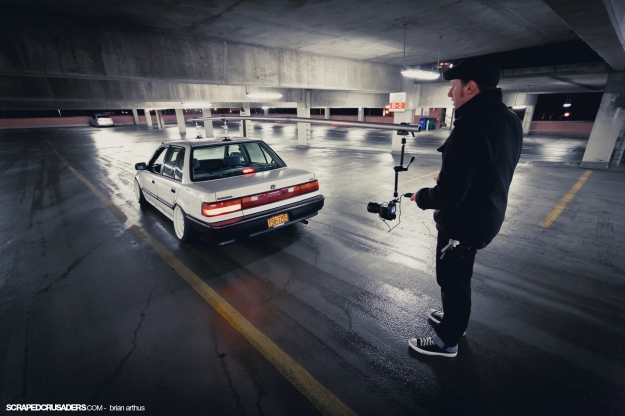 White on white with black trim and retro grey interior.  The woodgrain wheel brings it all together.  Be it NRG, Momo or Nardi they as ways look good in a retro ride.

Your name, Your car:

What do you do?

What do you love more, your boyfriend or your car?

Well right now, I’m single haha, but there’s nothing I could love more than my car 🙂

I bought the car in May 2012. I had just moved out of home with nothing but my bags. I scrounged up the money I had and bought the car with 134k miles on it. It was stock for a week and lowered on it’s stock wheels right after. A few weeks later, I received my first set of wheels and threw them on immediately.

What mods are currently on the car?

The car is basically stock besides a custom suspension. People ask me what suspension I’m on and I can’t really answer them other than “custom.” The suspension is a hybrid combination CRX and Accord coilovers. With the car being as low as it is, it still travels very well. My rear suspension is maxed out but the front can go lower. I also have a NRG woodgrain steering wheel that I absolutely love. My wheels are custom widened steelies.

I also have a mk3 lip on my front bumper. The front and rear bumper sits much, much higher than the actual frame of the car so the lip levels out the undercarriage. I had my motor raised but my motor mounts have been shot for a while so I’m really taking a risk everytime I drive the car haha.

Is there an older car that doesn’t look better with a mk3 lip?  Same goes for the wink mirror. 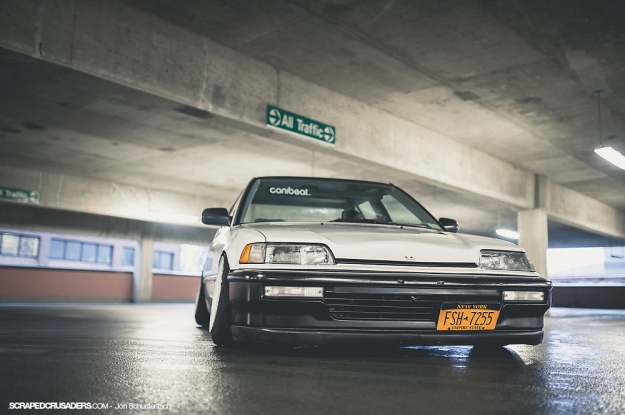 Do you cringe or smile when you drag frame on an obstacle?

At this point, I don’t think I make any facial expressions haha. It’s such a normal occurrence that I’m used to it by now. When it doesn’t scrape when it should is when I start to get worried

If you didn’t own your current car, what would you be driving? Would it be modded?

If I didn’t own this EF, I’d probably be driving a 3rd Gen Accord Sedan with the flip-up headlights haha, and it would probably be lower. People ask me why I never considered an Euro car, and believe me I have, but I figure realistically, old school Japanese cars are better for me, and they go lower.

How long are you holding on to it?

EF sedans are pretty hard to find in good condition. I have a line of people that are waiting for me to sell this car, and maybe one day I will, but not anytime soon.

For the spring, I plan on coming out a little lower by switching from 175/50 tires to 165/50 tires. I also will be ordering top hats for the rear so I can drop the rear a bit more. Other than that, there’s not much that I plan for the car other than normal maintenance. I want to keep it a simple and clean daily.

Id’ like to thank a few people for helping me with the car. I wont mention their names because of unfortunate events that lead us to drift our own ways, but I will always be thankful.

Thanks Jess, for allowing us to post you car!!